A downloadable game for Windows

Follow on Twitter
A procedurally generated Dungeon Crawler set in the newly discovered land of Mysteria, rich in ancient dungeons to explore and loot for epic treasures. Filled with evil monsters, and soon to be filled with the corpses of your characters.

All dungeons, magic scrolls, and weapons are procedurally generated, so keep an eye out because there could always be a better weapon around the next corner.

With full character customization you can create unique and interesting characters for each playthrough, and those characters can become NPCs later.

Loot everything, your goal is to amass 1000 or more gold in order to retire so grab everything, and sell what you don't need.

Each dungeon contains a special artifact of great value that will boost your gold reserves by a massive amount.

All weapons, scrolls, armor and accessories are procedurally generated so there are thousands of possible items. On top of that there are potions, food, gold, precious gems, and many other items to help you through the dungeon.

Once a character has amassed a thousand or more gold they can retire and open a shop in the forest clearing. Before long you will have a small village that you can visit to prepare for your next dungeon run. 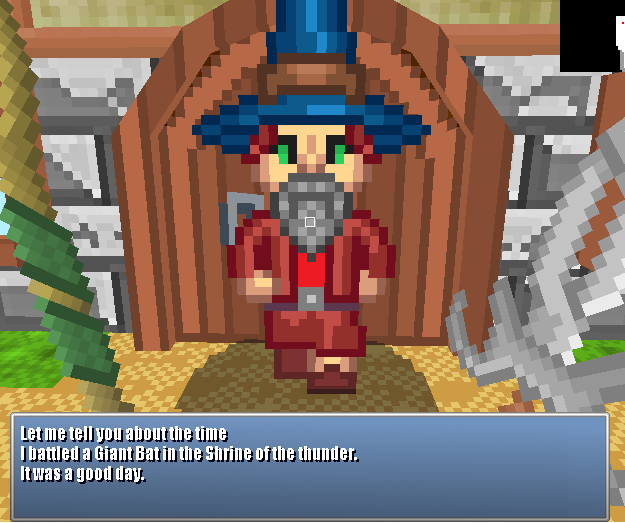 This is Abraham, he retired and opened a Weapon Shop. His dialogue is taken from his adventures when he was being used as a character, for instance the Giant bat he speaks about was the boss he fought in that dungeon. Each NPC is unique to each persons game.

When you die you stay dead. Permadeath means you will be starting again from the beginning, but sometimes you leave something behind. Characters that die are buried in the cemetery in the clearing, and sometimes an item will be buried with them that you can reclaim. 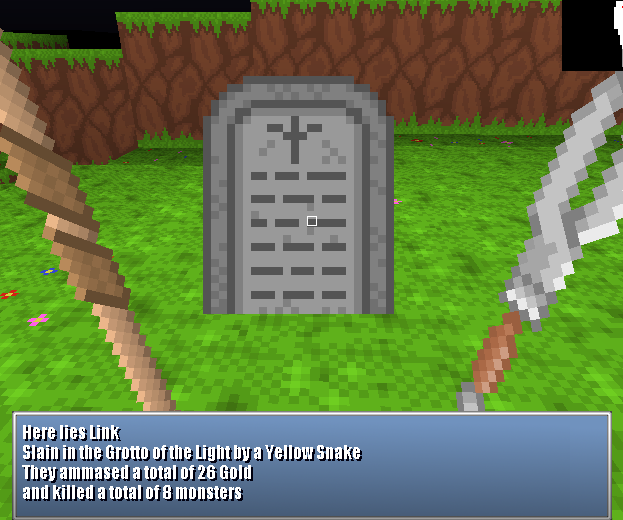 In order to download this game you must purchase it at or above the minimum price of £4.95 GBP. You will get access to the following files:

It took me COMPLETELY by surprise how good this was! Can’t wait to stream more of it and get all the things!

Glad you enjoyed the game :)

Just curious, why is the demo file much bigger than the purchased one, is it compression?

Well you had me confused there for a while but it would seem that I left three music tracks in the demo folders that never made the cut to the final game. Well spotted btw

Thanks for the response, oh & I forgot to mention I bought the game!

Hope you enjoy it.
Thanks for bringing the download size to my attention, I will fix that and upload a new demo at some point or other.

I am intrigued as to who you are to know me so well XD
But all joking aside the grimoire is currently a dead game. I do have the intention to restart it one day(maybe with a new name, very few people even knew what a grimoire was) but there are so many projects and so little time :P

Just a long time RMN lurker. Too bad! I really liked the idea of a nearly infinite universe to explore.

thanks for telling me

the only problem is i dont have money :(

I think this game has great potential! I love the art style and the old school gameplay. It is very accessible, reminds me a lot of the RPGs I used to play as a teenager.

The dungeon music is also very relaxing! Not sure if that is intentional though haha

I would consider changing the sword swing to left-click by default, it just felt a bit unusual with right-click. Perhaps also auto pickup of basic items like gold.

I tried out the demo and I think it is pretty neat. I like the combat system and the old school style. Its a really neat dungeon crawler and I hope them full release comes out soon!

I notice in your video that its going much faster than its supposed to(That was my fault with a misinterpretation of a command) upon testing across all my computers it runs at 60 fps but because its synched to the refresh rate of the monitor(which yours looks much higher than 60). Did you feel that the game was a bit to fast?

Very good game but need updates. i wait for updates.

The full game will be finished before the end of the year.
I may release a new demo with a different dungeon and some different more unique monsters to give people a taste of what else is available. Keep an eye out here and more will appear for sure ;)

Kinda cool, struggle a bit with the controls and didn't went beyond the slimey in there, but if i had read the controls before playing i think i would have gone deeper in the game. But outside of that, the game looks cool, the little bit of hacking and dodging was actually very fun.

Pretty fun, but I got stuck in the character creation screen the first time because the area the mouse could move in doesn't include the accept button in full screen. Also I couldn't alt tab out of the game or open task manager because my computer was stuck in the game's resolution.

(the area the mouse could move in doesn't include the accept button in full screen) That's a new report for me. Could you tell me what resolution the game was in and what resolution your monitor is(only thing I can think of is there is a discrepancy between the 2)

Thanks for reporting this though. I will add it to the list of tasks :)

My monitor is 1920*1080, and I believe I had the resolution set to maximum. I think what might have happened is because I was in full screen the output is scaled, but maybe the mouse area isn't?

I think that could be the issue. I have never had a problem but all my monitors are 1366*768

I will look into this bug, thank you for bringing it to my attention :) 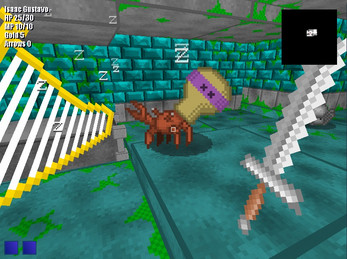 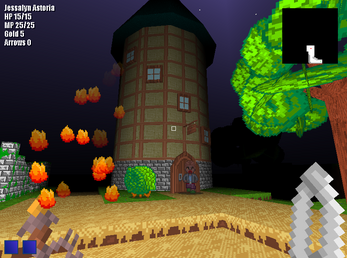 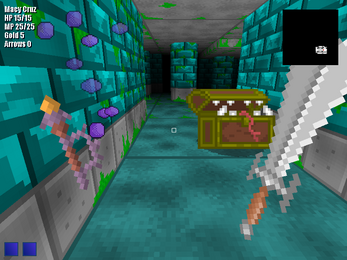 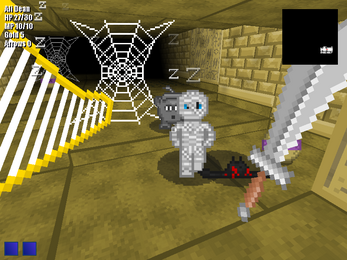 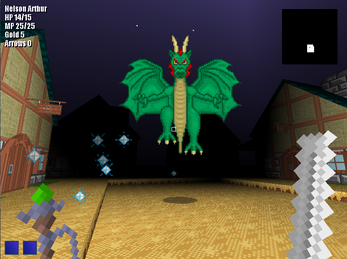 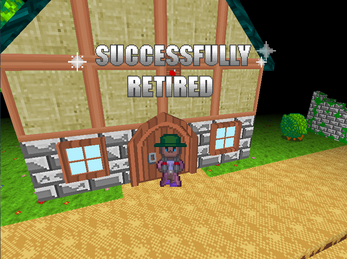